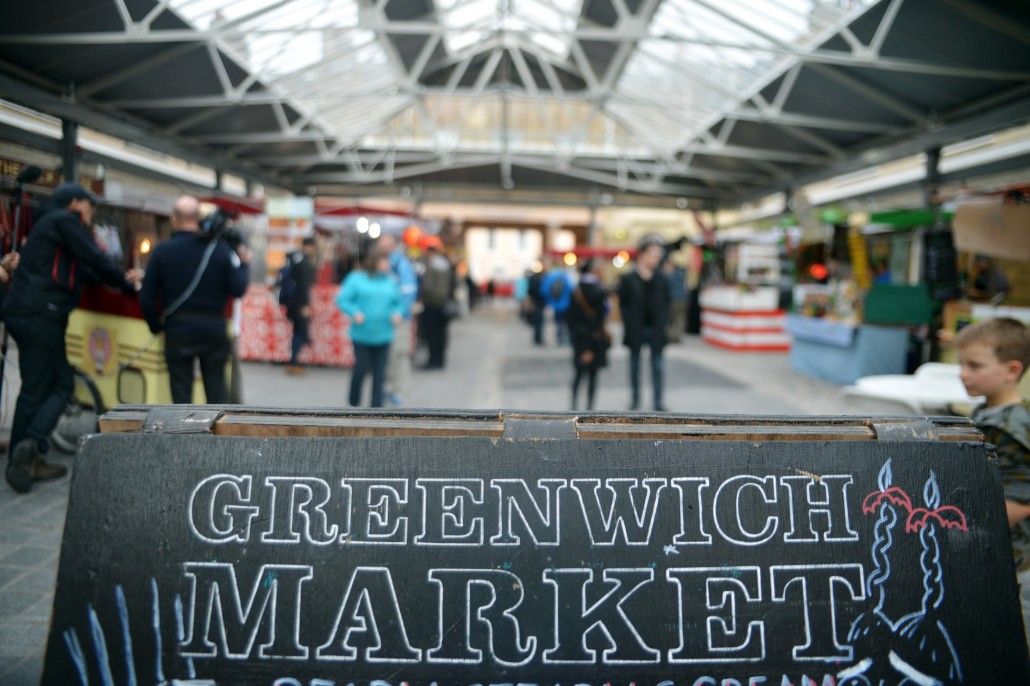 We’ve been, happily, spending a lot of time at Greenwich Market over the last 18 months, working on The Greenwich Market Cookbook. For a market with such a huge footfall (around 8 million people last year), Greenwich still feels like a bit of a hidden gem. Since the 1830s, the market has been located in ‘the island’ – a purpose-built, covered area surrounded by wide streets and fringed with shops. When you first walk through the arch to the cobbled space inside, you’re immediately in another world. What makes it so special? Each day sees a changing roster of independent traders selling everything from jewellery  to jam,  military memorabilia to comics – and it’s a bargain, too. It has an authentically bohemian and friendly feel: some of the traders have been there for years, but there are also plenty who have given up day jobs to start up market businesses and they bring with them a freshness and enthusiasm that keeps the place brimming over with energy and ideas. Julia Johnson has been part of the market for forty years, ever since her parents established Pickwick Papers and Fabrics, their shop on the southern edge of the market which she now runs. “We are all creative here,” she says. Relations between the traders are friendly and supportive, and Julia still exchanges her own hens eggs for goods from other businesses.  “You can’t come here and be superior,” she says. “You won’t fit in and you won’t last – this is a place for quirky, welcoming people.” She adds: “Apart from fabrics and colour, my other passion is food – I love being able to pop out and get freshly made sushi, or a beautiful box of halloumi and salad. I use the food market far, far too much!” Ah yes, the food… 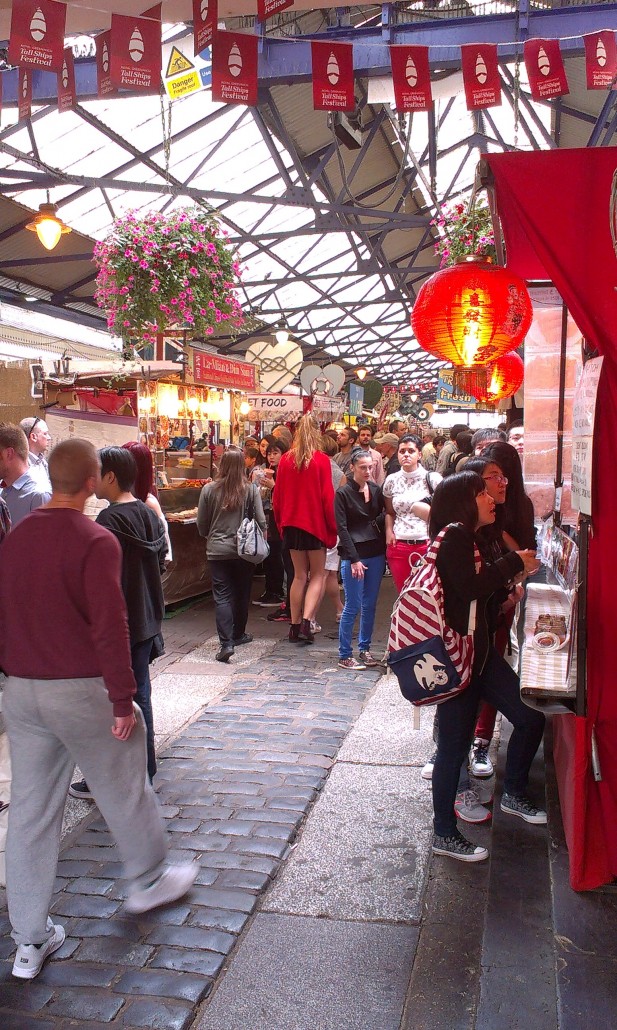 Half of the market is given over to street food traders, selling food from all over the globe. The smells! The sights! The foods you’ve never even heard of and really had better try out! There is Madagascan coconut chicken. There is Ethiopian injera. There are wonderful, silky but robust La-mian (noodles) in amber broth. There are cakes galore: vegan cakes, gluten-free cakes, sugar-free cakes, full fat and full dairy cakes. It’s been a real pleasure to work with the traders on the book – and a real learning experience too. It’s such a global community that the recipes cover food from all over the world – from ramen burgers to ravioli, bánh mì to burritos. Now I know what they do with pounded cassava leaf in Madagascar – and very soon, so will you. 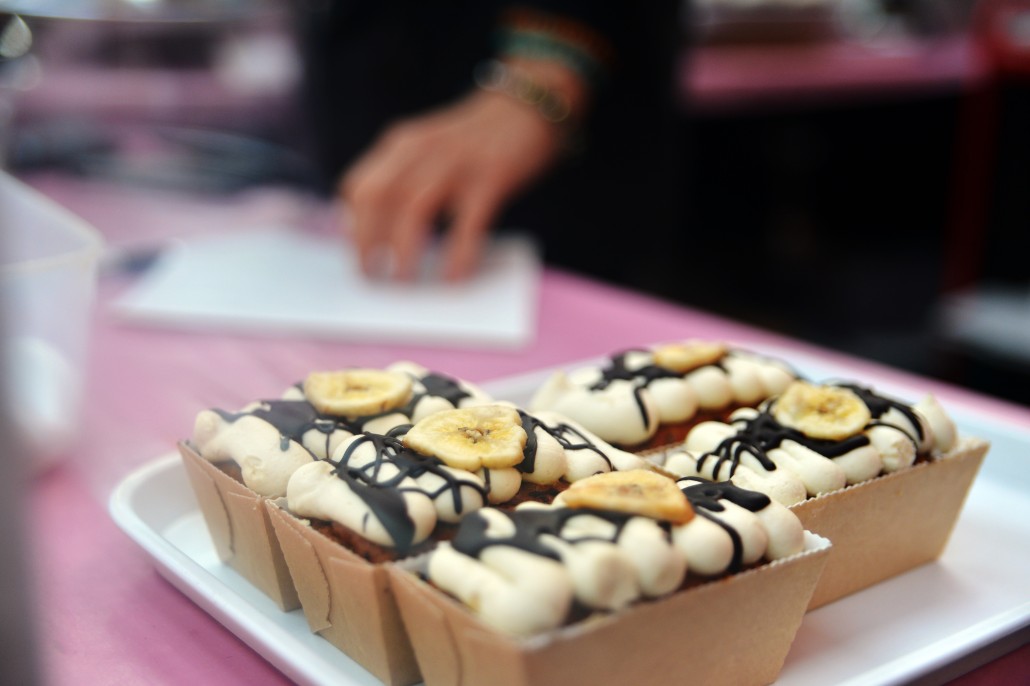 The market is owned and run by Greenwich Hospital, an ancient Crown charity providing charitable support including annuities, sheltered housing and education to serving and retired personnel of the Royal Navy and Royal Marines and their dependents. Greenwich Hospital have great vision for the market, and 2015 saw a raft of major improvements being implemented – a new glass roof, relaid cobblestones and a brand new pavilion that will host the all the street food traders. The market has remained open throughout, but traders and punters alike will be delighted when the works are completely finished in March this year.

Next time you have a spare day in London, I can wholeheartedly recommend getting the river boat up the Thames and having a wander around the parks of Greenwich, leaving plenty of time for a market lunch.

The Greenwich Market Cookbook comes out in March 2016. Pre-order here!