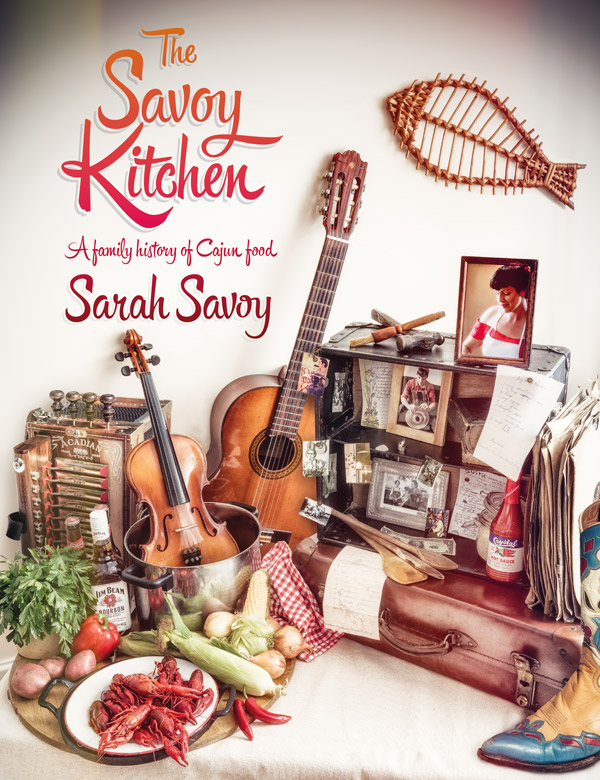 The Savoy Kitchen – A Family History of Cajun Food

“A Cajun will never suffer from the “American Dream” to work himself to death just to make a lot of money and have a fancy house. We want to work enough that we can afford to party, get our friends together, cook something, play some tunes, and dance. It’s keeping connected to our families, community and culture that’s helped keep us alive and strong.”

“The best parties start with a bit of luck while out fishing, hunting, or shopping at the market. Someone comes across a lot of food and says, “Hey! I gotta cook all this!” So they call up a couple of friends to help cook and play some music. That’s all it takes! Even better, you call up a friend and invite them over to play music. After a few songs, you get to thinking about cooking something. Maybe you have a chicken in the fridge, but you’re out of sausage, so you call over another friend (probably a musician) to bring some sausage over and play some tunes. Then you realise you’re out of onions, so you call someone else. And who’s gonna bring the beer? Call someone else. Those are my favourite parties–spontaneous!”

Sarah Savoy is a Louisiana singer and chef with hell-raising credentials. Daughter of legendary musicians Marc and Ann Savoy, she grew up in the heart of Cajun country and learned her culture around the kitchen table. In The Savoy Kitchen she brings together recipes from three generations: from her own fresh take on Gumbo and many other Cajun classics to her father’s Courtbouillon cooked over an open fire, and her grandma’s Fig Drop Cookies.

Part-cookbook, part memoir, The Savoy Kitchen is illustrated with drawings and photographs by her sister, Gabrielle Savoy, which capture perfectly contemporary Cajun life as lived by one of its foremost musical families.

Currently living in Paris, Sarah frequently tours the UK with her band, Sarah Savoy and the Francadians, and is a regular guest at world music festivals including Womad, Songlines Encounters and the Llama Festival. As well as being in demand for her musical skills, Sarah is often booked to lead Cajun cookery demonstrations in which she cooks up a range of authentic Louisiana dishes accompanied with live music from the band – a wildly popular format that has taken her from The Kitchen Garden (Birmingham) to EAT at The Sage (Gateshead) and Ludlow Food Festival. Her recipes have featured in Jamie Magazine and Songlines, and she has guested on shows including BBC Radio 2’s The Folk Show and Radio Scotland’s Kitchen Cafe. Sarah is also one of the featured chefs on internet cooking channel QOOQ.com.

‘The afternoon belonged to Sarah Savoy & the Francadians cooking up a storm in the Taste the World tent. I missed their earlier main show in the Siam Tent, but this was a more intimate affaire as Sarah stirred a pot of jambalaya, all the while telling tales of Louisiana, accompanied by her excellent Cajun band as delicious smells wafted over us.’
Jackie Chappell, The Bath Chronicle

‘Cajun cooking on this level is one of the greatest delicacies in the world! Having grown up in Eunice, Louisiana with one of the finest cooks around, Sarah has captured the culinary magic and essence of that region. Food for the soul and the perfect example of what Cajun cooking should be.’
Steve Riley, Steve Riley & the Mamou Playboys.